Kristen came to my room for a morning chat. She asked if I was still going to the Memorial Day services? "Yes."

I told her of one place where there will be a canon salute used instead of rifles. "I want to see the 21 Gun Salute", I said. 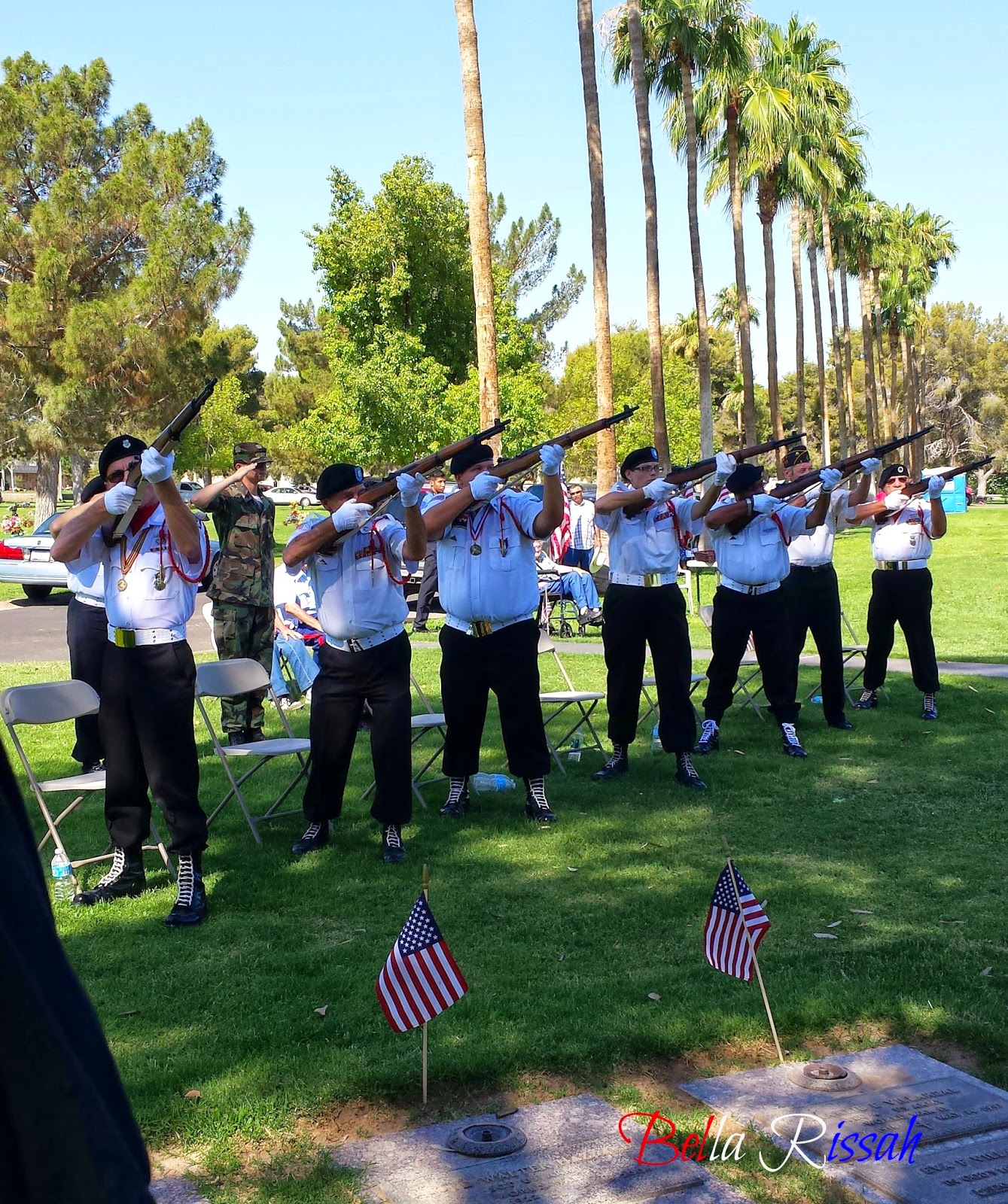 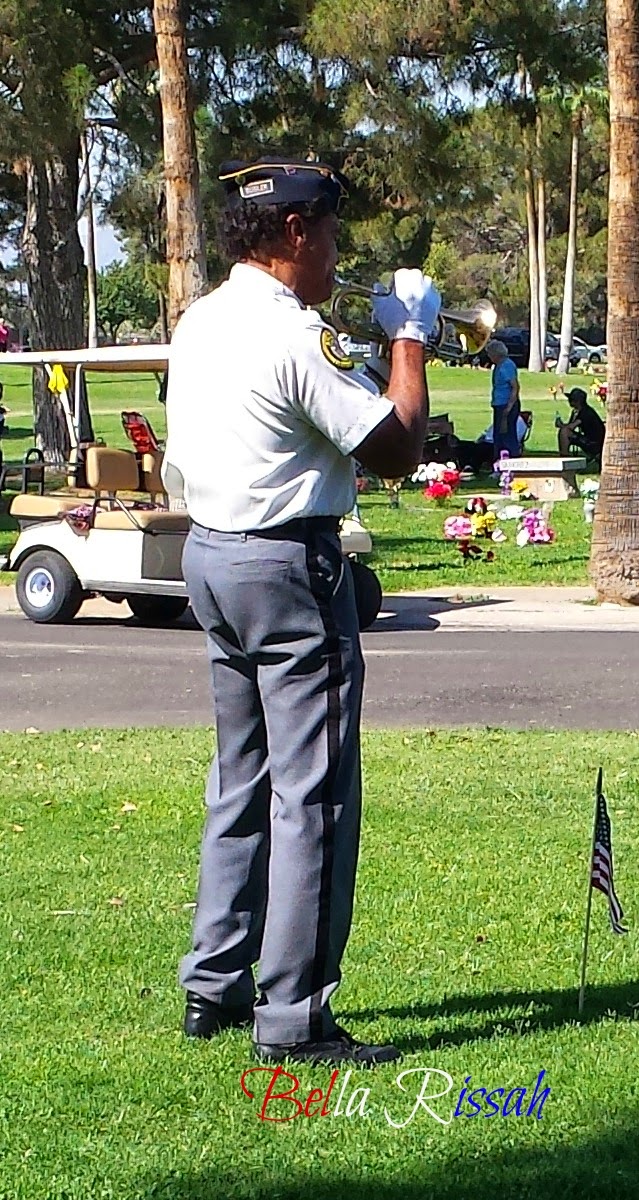 (He is a veteran, but played Taps for many who had fallen during his tour)

At the memorial service the speaker read a "Just In Case" letter. It was written a couple of years ago by Jessie A Gibbons, a soldier, to his six year old daughter. Unfortunately, it was delivered.

"I will always be at our park when you dream, so we can play. And I hope someday you can understand why I didn't come home..." 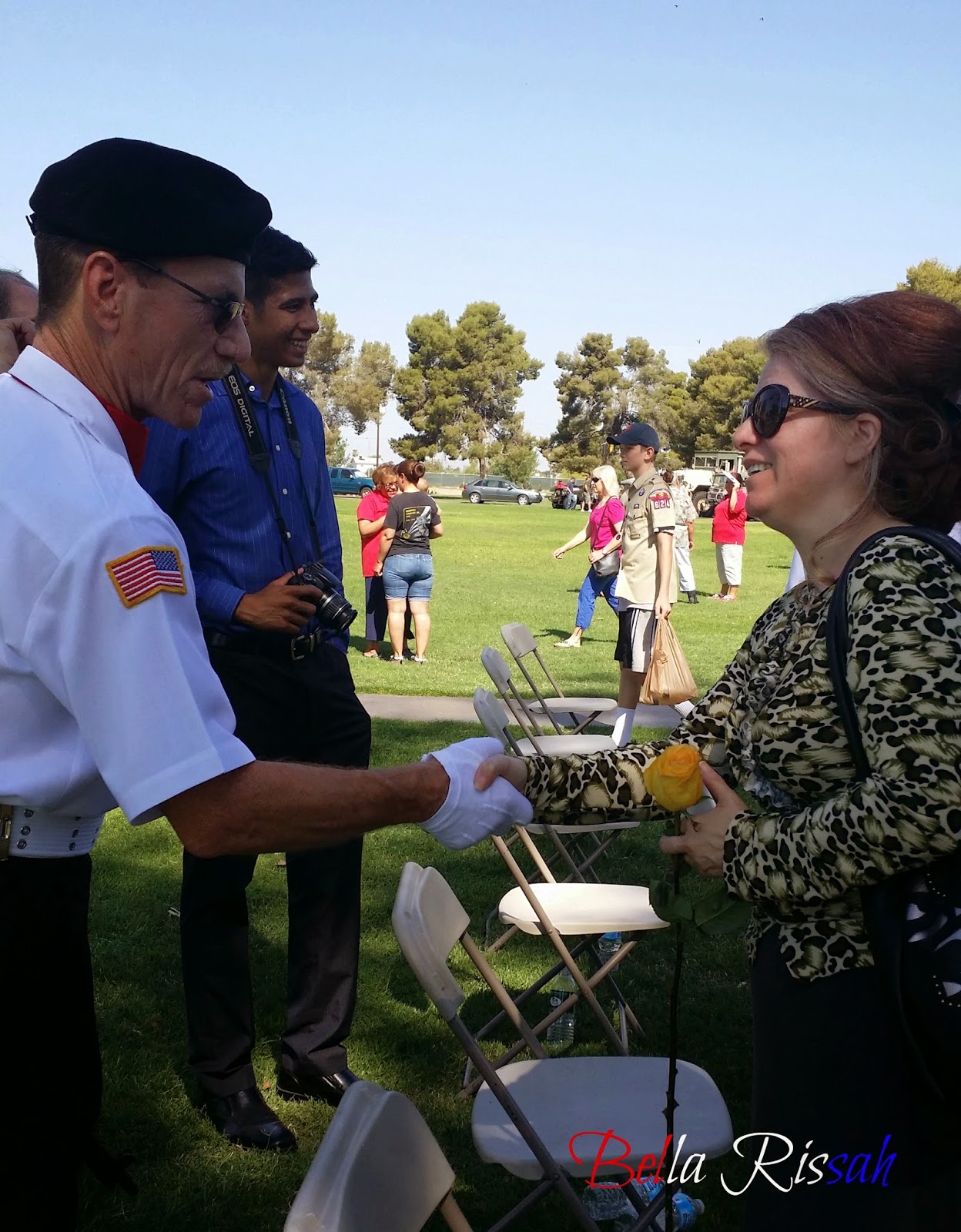 I will always go to the Memorial Day services. I think it's the least I can do to say "Thank you" to America's heroes.

I have a brother who served in the Army. He was stationed in Germany and thank the Lord, Victor returned home. Thank you, Big Brother. You are an American Hero. I love you.

God bless every one who served our country.
And, thank you for sharing this day with me.
Blessings,