Christmas Stockings And My Favorite Ornament 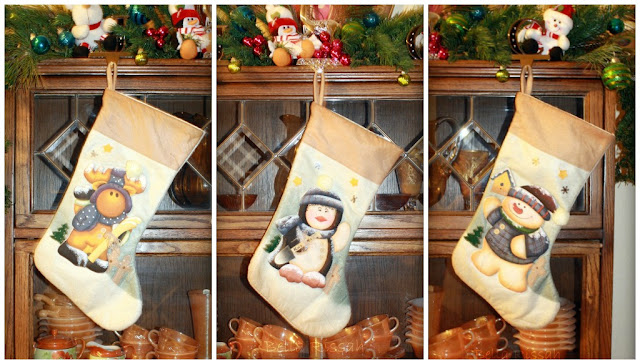 I needed to find other stockings for my kids Christmas but how would I find something my kids would like as much as the others? I went shopping and things were too expensive to buy right after a move, so with wondering how I would replace the stockings I thought to crotchet them would be the fastest substitutes. I never made a stocking before so there were several mistakes and I had to do them over and over. 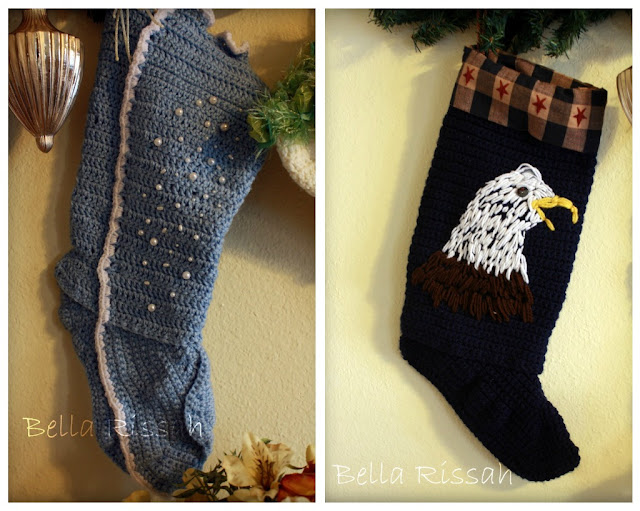 Kristen's and Jared's above
Mine along with Christopher's below. 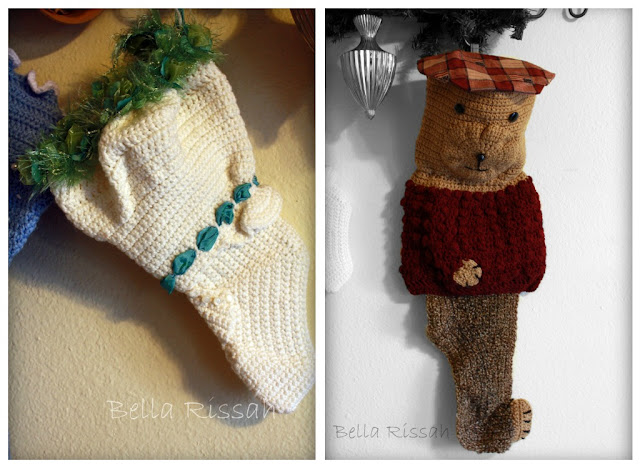 I had to make five stockings quick. I worked at a call center so I was able to crotchet all day while I answered calls. People kept trying to buy them from me and I said no every time. It was later that Ralph found the Christmas stockings and now I display both sets each year.I display the ones I made on a plate rack that I hang on it's side. This year I bought stocking holders for the original set. 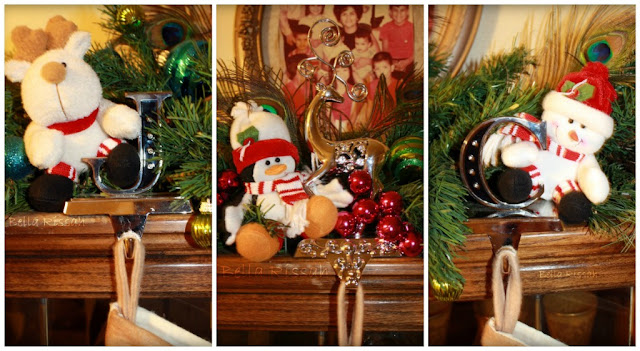 And now...
My favorite Christmas ornament! 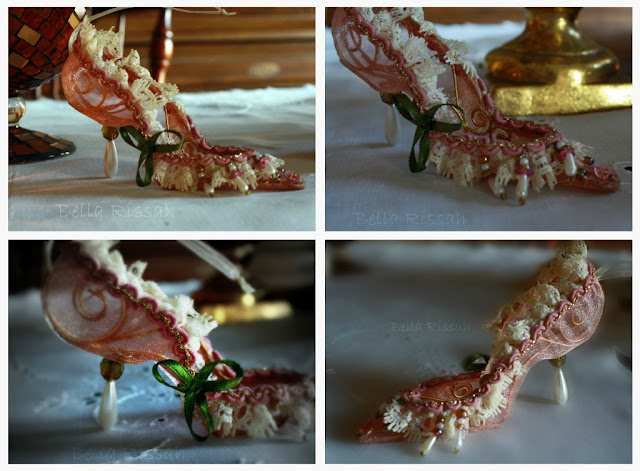 The prettiest shoe I have ever seen I would love to wear something like that but it would only work in a Cinderella world just like glass slippers.